Commodity Prices and Inflation: The Perspective of Firms

We’ve been thinking a lot about commodity prices lately. In case you haven’t noticed, they’ve been falling. And with inflation already tracking well under the Federal Open Market Committee’s (FOMC) longer-term objective of 2 percent, it’s reasonable to wonder whether the modest downward tilt in commodity prices is likely to put even more, presumably unwanted, disinflation into the pipeline.

We take some comfort from research by Chicago Fed President Charles Evans and coauthor Jonas Fisher, vice president and macroeconomist, also of the Chicago Fed. They conducted a statistical analysis of commodity prices and core inflation and found no meaningful relationship between the two in the post-Volcker era of the Fed. According to the authors,

[I]f commodity and energy prices were to lead to a general expectation of a broader increase in inflation, more substantial policy rate increases would be justified. But assuming there is a generally high degree of central-bank credibility, there is no reason for such expectations to develop—in fact, in the post-Volcker period, there have been no signs that they typically do. 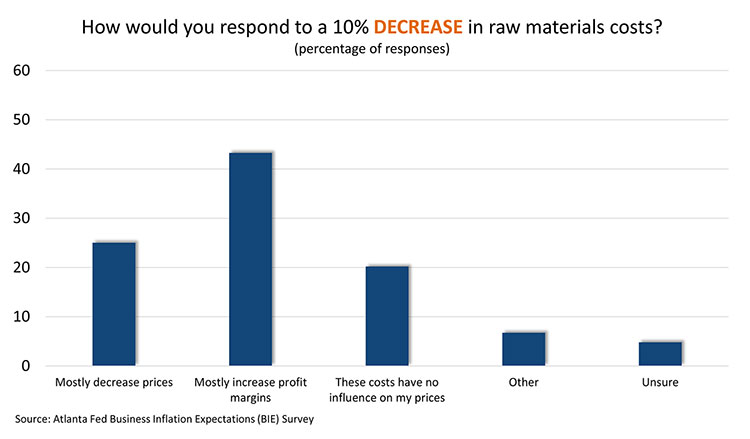 Of course, what a firm thinks it will do and what the marketplace will allow are not necessarily the same. But this got us thinking back to the earlier work at the Chicago Fed. Does this sort of “asymmetric” response to commodity prices appear in the data? 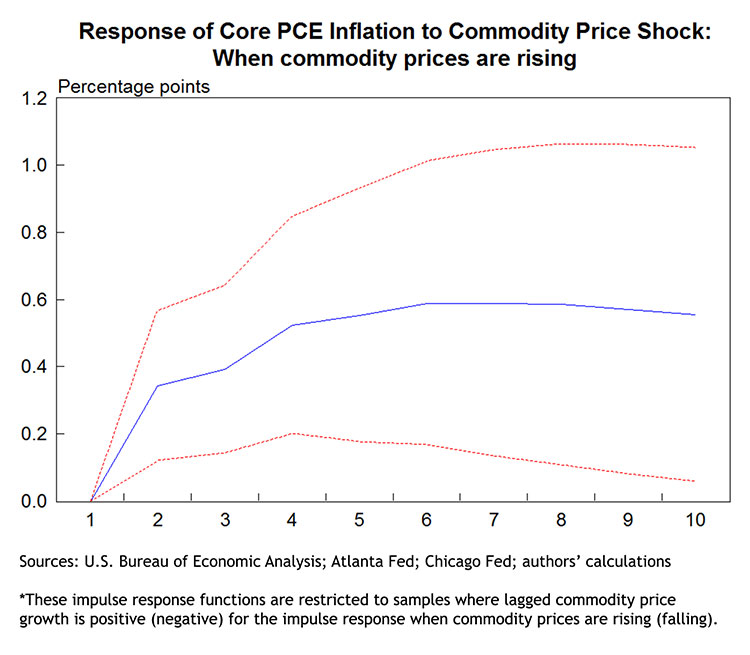 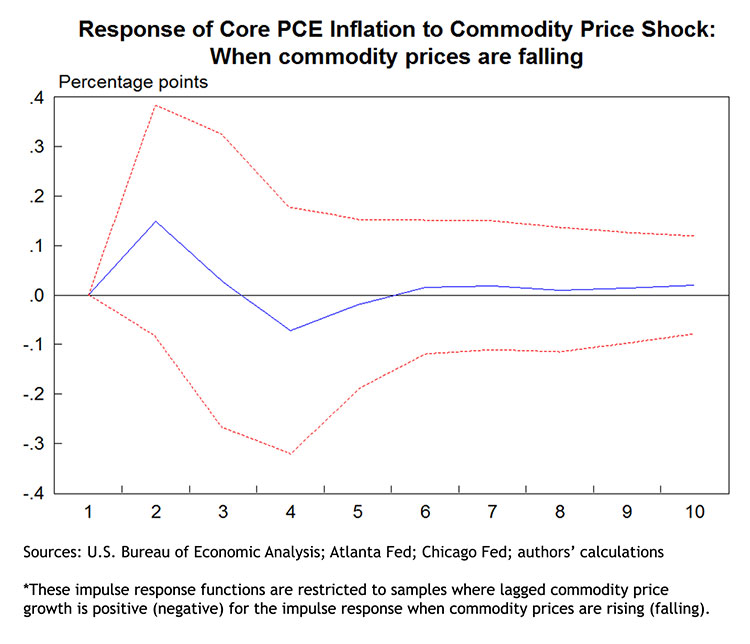 Following (roughly) the procedure that Evans and Fisher used, we computed the influence of a positive “shock” of one standard deviation (about 5 percent) to commodity prices on core inflation. (Our sample runs from 1954 to 2013.) As did Evans and Fisher, we confirmed that commodity price increases had a significant positive influence on core inflation, spread out over a period of several years. But we were surprised to see that when businesses were hit with a similar-sized decrease in commodities prices, the opposite didn’t occur. Commodity price declines did not produce any downward pressure on core inflation. 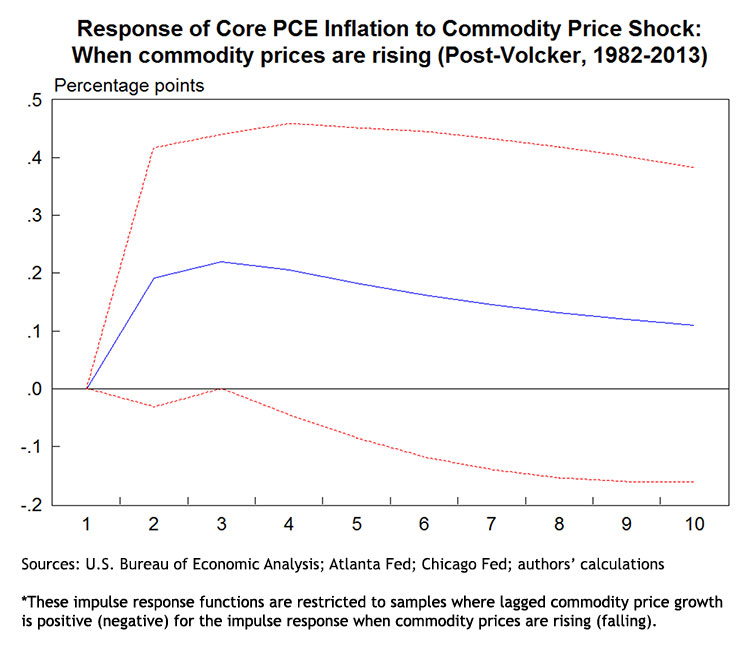 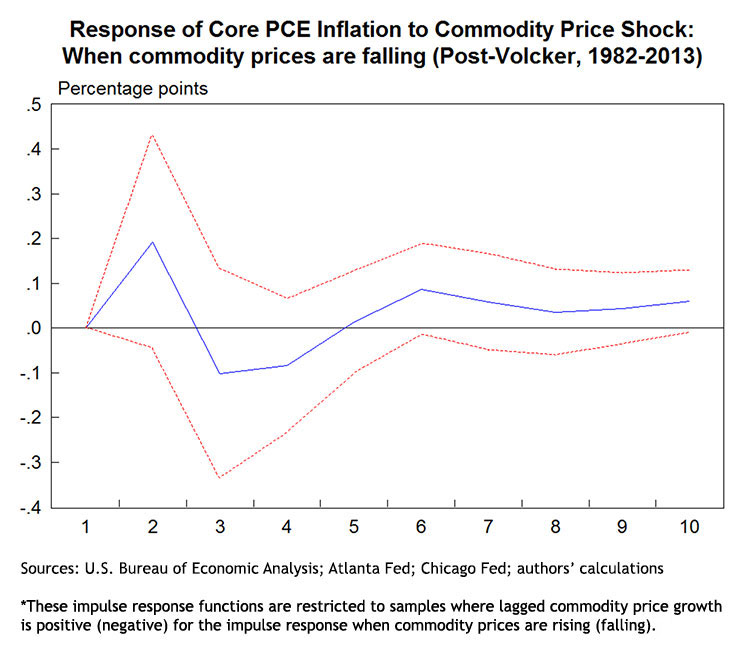 As in Evans and Fisher, focusing in on just the post-Volcker era (from 1982 forward), we found that the influence of positive commodity price increases on core inflation was significantly diminished (although it appears to be just a little stronger than what they had reported). However, the influence of commodity price decreases on core inflation remained the same—nada.

For many of you, this result probably doesn’t strike you as pathbreaking. There are many macroeconomic models where prices are “sticky” going down but pretty flexible on the way up. But if the question is whether we think the recent slide in commodity prices is likely to put added downward pressure on core inflation, we’re likely to echo Evans and Fisher with a bit more emphasis: the decline in commodity prices isn’t likely to have an influence on core inflation unless it leads to a general expectation of a broader disinflation. And there is no evidence in the data that suggests this is likely—post-Volcker era or not.