The Atlanta Fed's SouthPoint offers commentary and observations on various aspects of the region's economy. 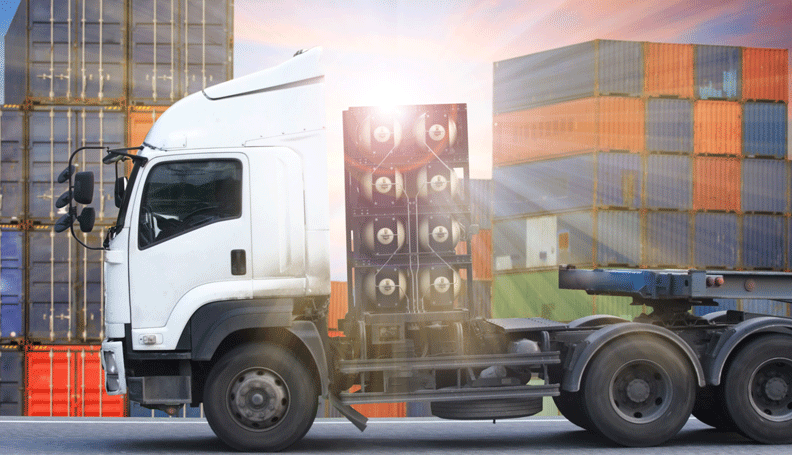 The Atlanta Fed's Trade and Transportation Advisory Council met on October 6 at the Jacksonville Branch to discuss economic conditions in the industry. According to a majority of council members, transportation activity has been affected by slowing of exports resulting from tepid global demand, a stronger dollar, and increased inventory levels. Although the European economy appeared to be doing better, the slowdown in China was having an impact on every key global market.

Council members reported seeing growth in inventory-to-sales, which reduced customers' needs for transportation services, and most members perceived the extra inventory as a result of slower sales rather than from overpurchasing or hedging against future price increases.

Costs, prices paint a mixed picture
Driver shortages continued to plague the industry, and persistent increases in driver pay have not alleviated the problem. Demand for talent has been pushing wages up for professional levels as well. However, some reported different types of pressure that are causing turnover and recruitment challenges. For example, younger workers expect flexibility, access to technology, and scheduling autonomy, conditions that are difficult to accommodate in businesses that require a specific work schedule.

Declines in fuel costs were reportedly keeping overall nonlabor costs steady by offsetting increases in other input costs. Increases in insurance premiums and an uptick in equipment costs were examples of upward pressure on costs. Congestion at West Coast ports was cited as a cause for an increase in nonproductive operating costs.

Regarding pricing power, rail continued to see strong pricing power as capacity remains tight across other modes of transportation. For others, the softening of the economy has dampened the ability to raise prices. Therefore, pricing power is limited, and increases engender considerable customer pushback. The majority of council members, however, expect to be able to increase rates one year out and beyond, though opportunities could become limited if the economy does not continue to improve and fuel prices do not rebound.

International trade plays a regional role
The appreciation of the dollar has continued to exert downward pressure on exports. The economic slowdown in China, the larger Asia-Pacific region, and Latin America (specifically, the recession in Brazil and ongoing economic turmoil in Venezuela) is substantially affecting air trade. However, these markets have not had a material impact on some transportation businesses such as rail since exports' direct exposure to the Chinese economy is limited.

Over the horizon...
Although the overall message from this council meeting was one of decelerating activity, the majority of council members anticipate the same level of growth during the next three to six months, and they expect the same or higher level of activity during the next two to three years.

Topping the list of challenges for the industry down the road are the lack of drivers, finding and retaining quality/qualified labor, and a tighter regulatory environment, which may exacerbate the driver shortage in the coming years. Council members said long-term strategic planning and capital investments in ports and highway infrastructure will be necessary to continue to meet demand.

It's Mostly Sunny in Florida

Southeast Manufacturing Dips in May

Assessing the Impact of Oil Price Declines on Louisiana's Economy

Trials and Tribulations in Transportation