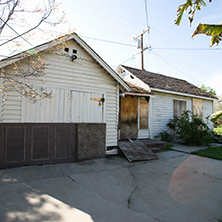 Jacksonville has taken a simple, yet active, approach to combating blight and its negative impacts on social order, public safety, and property values. (Previous articles focused on community prosecution in Dallas and how Birmingham handles tax delinquency.) Through community cleaning and greening, the city is working to enhance neighborhood aesthetics, collective efficacy, and, ultimately, quality of life. The city council's Special Ad Hoc Committee on Jacksonville's Neighborhood Improvement and Community Enhancement, formed in October 2013 by then-city council president Bill Gulliford and recently renamed NICE (for Neighborhood Improvement and Community Enhancement), launched a formal Fight Blight initiative in the spring of 2015. The initiative's goals include cleaning private properties and heading off illegal dumping on public and vacant properties.

The city began the initiative by focusing attention on public properties because, according to Gulliford, "it is hard to point fingers at others if you're not doing a good job of keeping your own house clean." Across Jacksonville, crews mowed tall grass and weeds and de-littered unkempt median strips and city rights of way. Next, the city used both regulations and public campaigns to address lawn height and other general maintenance issues that can become nuisances on private properties. Because anti-dumping ordinances can be more difficult to enforce and the offenders harder to track down, the city has often opted for the "carrot" rather than the "stick," offering incentives to recycle household hazardous materials such as e-waste and chemical-based products, tires, and signs. Committee initiatives such as a tire and sign buy-back program have received strong, positive community support, as have the committee's twice-monthly blight meetings. The initiative has collected over 50,000 discarded tires.1

The city's GPS-enabled MyJax mobile app provides a wealth of compliance information to residents, such as trash collection schedules, and allows city residents to report litter and other blight issues. The portal pushes location information to the appropriate office to address the issue. In addition to these behavioral strategies that make disposal options both visible and easy, the campaign includes anti-litter messaging using television commercials, posters, and a mascot with the crowdsourced name Jax Can. With the recent creation of a permanent administrative leader in the mayor's office, the city has demonstrated its long-term commitment to blight remediation.

While the root causes of blight and ways they can be remedied in many communities may require more legally complicated fixes than cleaning and greening, one aspect of Jacksonville's approach that other communities might consider is its utilization of numerous and sometimes unconventional partnerships. Besides key players such as code enforcement, the sheriff's office, and community development corporations, the Jacksonville Transit Authority and the Duval County Public Schools provided bus wraps promoting the campaign, and the Jacksonville Public Library was tapped to educate children and the general public about preventing blight.

A funding mechanism that spans both the blight spectrum and multiple internal agencies is especially commendable. In June 2015, the council unanimously approved a creative and topical source to fund future blight cleanup, using vacant property registry fees. The newly passed ordinance will transform the existing 2011-created registry from a weakly enforceable one-time fee of $150 for vacant, foreclosed properties to an initial and annually renewable $250 fee with an additional $500 penalty per property for noncompliance. The change was made to incentivize owners—particularly banks that own large swaths of foreclosed, vacant properties to bring their properties to code, cleaning and greening them themselves. The strategy funds blight remediation within the following three tiers:

To empower neighborhood organizations to be a part of their own solutions, a portion of this funding will go toward eight-week training series in which neighborhood organizations will be taught blight fighting approaches and how to find city funding for their projects. One approach to encourage organizations to be the "feet on the street" in the solution is a $5,000 match for neighborhood works projects such as cleanup and painting homes. This support combined with the council's awareness campaign adds up. As Caleena Shirley at the Jacksonville Housing and Community Development division noted, "The people living in a community do more to impact blight than a city entity ever could."

For more perspectives on tackling neighborhood blight, see the discussion paper "Blight Remediation in the Southeast: Local Approaches to Design and Implementation."