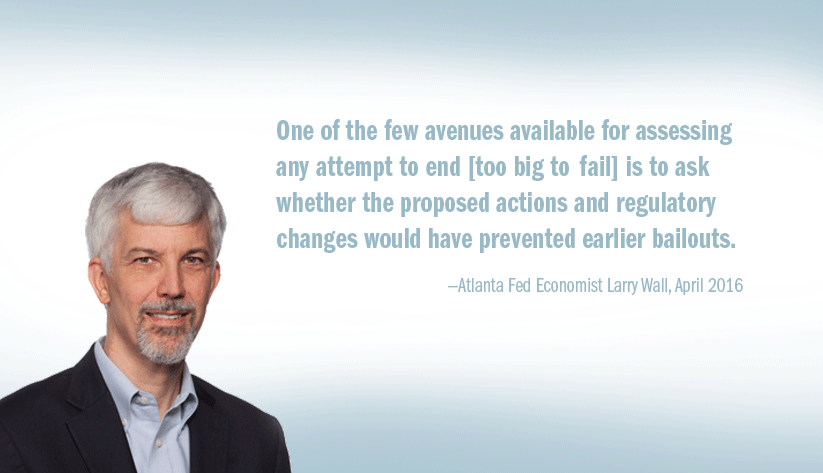 The 2007–08 financial crisis originated mainly in housing finance markets. Atlanta Fed economists Scott Frame and Kris Gerardi are among the researchers who have made important contributions to understanding what happened in housing finance.

To be sure, there is no one cause of the housing finance-related problems. But work by Gerardi and coauthors highlighted the critical role of overly optimistic house price expectations by both mortgage borrowers and lenders in the mid-2000s. In an influential 2012 paper written with Boston Fed economists Chris Foote and Paul Willen, Gerardi argued that many decisions that later proved mistaken seemed reasonable when they were made given prevailing views that a nationwide decline in house prices was almost impossible.

Frame made his mark as well. For years he has conducted pioneering research on the government-sponsored enterprises (GSEs), the Federal National Mortgage Association (Fannie Mae) and Federal Home Loan Mortgage Corporation (Freddie Mac). The two firms were placed in federal receivership in 2008 after they became insolvent.

Frame had raised concerns much earlier. He was among the first researchers to explore the risks posed by the implicit federal guarantees of the GSEs’ liabilities and the massive growth in their portfolios of mortgage loans and mortgage-backed securities.

Wall and other Atlanta Fed researchers are also exploring one of the most vexing puzzles in financial stability: the so-called too-big-to-fail issue (for example, here and here). Too-big-to-fail basically means some banks are so important that allowing them to fail could damage the economy and the financial system.

The problem usually arises from services these banks sell to large institutional customers. These services are critical to the economy's functioning, and so complex that it's too risky to clean up the banks' failure the same way smaller failing banks are cleaned up. But the typical alternative to letting these very large banks fail is a publicly funded bailout.

The Dodd-Frank Act addresses too-big-to-fail. One measure, for example, requires the largest banks to submit "living wills," plans for their orderly and rapid resolution should they fail. Dodd-Frank also gives the Fed and the Federal Deposit Insurance Corporation (FDIC) the authority to take various actions if the agencies find a bank’s plan is not credible.

Still, it's far from clear that the too-big-to-fail problem is solved. It's complicated. But a fundamental lesson from history, Wall notes, is that ending too-big-to-fail will require minimizing the number of large banks that are in danger of failing at the same time.

Atlanta Fed economists continue to research additional topics that affect stability. These include the rise of nonbank financial technology companies, or fintechs, and artificial intelligence.