In parts of the Southeast, the Sun Belt boom feels as distant as the polar ice caps. South Louisiana highways traverse miles of sugarcane fields. Roads through the lower halves of Alabama and Georgia wind through endless tracts of pasture and pines.

Vast swaths of the Southeast—82 percent of the land area, in fact—are still blanketed by forest, pastures, or crop fields, according to the U.S. Department of Agriculture (USDA).

But relatively fewer people are living and working amid those rural landscapes. The proportion of the region's population living in metropolitan statistical areas has climbed from 53 percent in 1970, to 75 percent by 1990, to 86 percent today, U.S. Census Bureau data show. The combined population of the six states in the Atlanta Fed's district reflects the same metro-nonmetro split as the nation. It can be difficult to draw a bright line between rural and metro, but the U.S. Census Bureau defines a metropolitan statistical area (MSA) as the county or counties associated with a core urbanized area of at least 50,000 people. This story will use that definition to distinguish between metro and nonmetro, or rural.

Despite the region's rapid urbanization, more than 7 million people still live outside the Southeast's metro areas. A couple of states remain uncommonly rural—Mississippi and Alabama.

Like the landscape, the economy inhabited by many rural southeasterners differs significantly from that of metro residents. Consider two basic yardsticks: rural residents on average earn less money and are less educated than people in metro areas (see the charts). "The urban-rural economic divide, particularly the increasingly difficult plight of rural communities, has come up repeatedly as I've spoken with many business and community leaders," Federal Reserve Bank of Atlanta president Raphael Bostic said in a recent speech. "It is clearly an issue that merits attention."

Bostic and Atlanta Fed researchers are exploring the issue, particularly differences in labor markets. At a broad level, Bostic pointed out that long-term forces—including technological change and globalization—have proven especially troublesome for rural places. One reason is that rural areas rely more on manufacturing employment than do metro economies. Factory employment has rebounded only modestly from the severe hit it absorbed during and even before the Great Recession.

Consider what had been two longtime stalwarts of the rural Southern economy: furniture and textile manufacturing. In Mississippi, once a hub of furniture making, manufacturing employment in that industry is down more than 40 percent since 2000, according to U.S. Bureau of Labor Statistics (BLS) data. In the same period, textile mill jobs have all but vanished in Alabama—down by 76 percent to 5,100. Half of the nearly 40,000 textile mill jobs that employed people in Georgia in 2003 have been eliminated.

It's been a difficult quarter century across much of the vast rural swaths in the Atlanta Fed's district. Since 1990, total nonfarm employment nationally has increased about 34 percent, according to BLS data. Yet nearly half of nonmetro counties in the Southeast—42 percent—suffered employment declines in that period, compared to 14 percent of the region's metropolitan counties, BLS data show.

Since the Great Recession, deeper workforce differences between rural and metro places have emerged. Atlanta Fed research economist and senior policy adviser John Robertson and economic policy analysis specialist Ellie Terry study labor force dynamics, parsing the numerous forces that help explain why and how people either work or seek work—or do not. Among prime-age workers—those between 25 and 54 years old—those dynamics differ widely between metro and nonmetro areas, Robertson and Terry have found.

For one, between 2007 and 2017 the rate of labor force participation, or LFP, in nonmetro areas declined 3.3 percentage points compared to 1.1 points in MSAs. Moreover, although LFP rates in MSAs have shown recent signs of recovery, an equivalent recovery is absent in non-MSAs, Robertson pointed out in a recent post on the Atlanta Fed's macroblog.

It appears that an important factor in keeping rural residents out of the workforce is poor health, Terry said. (She also discussed this phenomenon in a recent webcast.) Participating in the labor force is critical to economic growth, Terry explained. Nationally, the LFP rate is about 63 percent, still 3 percentage points below the rate attained just before the Great Recession began in 2007. After controlling for demographic factors such as aging, Terry determined that about half of that 3-point gap is the result of behavioral and cyclical reasons, including health problems and disability.

If 1.5 percentage points sounds trivial, it nevertheless equates to about 4 million people who are out of the labor force. A large number of those 4 million say they are on the sidelines because of poor health or disability. This is an especially crucial factor in more rural states, Terry's research shows. The portion of the population who say they are too sick or disabled to work is roughly 6 percent nationally but rises over 12 percent in Alabama and Mississippi and hovers above 10 percent in Louisiana.

Controlling for the contribution from demographic trends, especially greater educational attainment, lower rates of LFP because of poor health and disability pulled down the rate in MSAs by 0.8 percentage points and in non-MSAs by 2.0 percentage points over the past decade. Across states, people without a college degree are far likelier than those with a degree to report leaving the labor force because of bad health or disability.

It's not entirely clear what health problems are keeping people on the sidelines. However, high blood pressure and diabetes are most closely correlated with lower LFP, Terry said.

What's more, the wage gap between rural and metro areas—metro workers on average earn more—may be shrinking. A recent study by Federal Reserve Board of Governors economist Alison Weingarden found that wages for relatively low-skilled workers in nonmetro areas of the country have been rising faster than those in metropolitan areas.

At his November talk in Montgomery, Alabama, Bostic explained why he is interested in challenges facing rural communities. Congress has charged the Fed with carrying out a dual mandate of maintaining price stability and sustainably maximizing employment. Rural communities' challenges could impede the Fed's progress toward the employment mandate, he said.

"I see this effort as a way to find practical solutions to help ensure that all people have the opportunity and resources to enhance their economic circumstances," Bostic said. 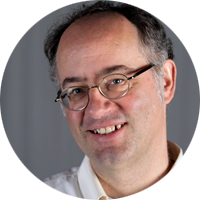